A new research building named for a woman who was critical to numerous significant advances in modern medicine and a building expansion at the School of Nursing are part of Johns Hopkins University’s commitment to lasting community impact in East Baltimore.

Groundbreaking is scheduled for 2020 on an interdisciplinary building on the medical campus that will be named in honor of Henrietta Lacks, who was the source of the HeLa cell line that has been critical to numerous significant advances in modern medicine. The new building, which will adjoin the Berman Institute of Bioethics’ Deering Hall at the corner of Ashland and Rutland avenues near East Baltimore’s Eager Park, will support programs that enhance participation and partnership with members of the community in research that can benefit the community. It will also extend the opportunities to further study and promote research ethics and community engagement in research through an expansion of the Berman Institute and its work.

Nearby, construction is already underway on an expansion to the School of Nursing’s Anne M. Pinkard building. A $6 million gift from the E. Rhodes and Leona B. Carpenter Foundation of Philadelphia will allow the school to add 41,000 square feet of space across five stories featuring collaborative research areas, a student-centered study cube, contemporary and flexible learning spaces, expanded event areas, a more prominent building entrance, and glass surfaces that overlook and open to the community.

Photo: Conceptual exterior view of the five-story, 41,000-square-foot expansion of the Johns Hopkins School of Nursing in East Baltimore. 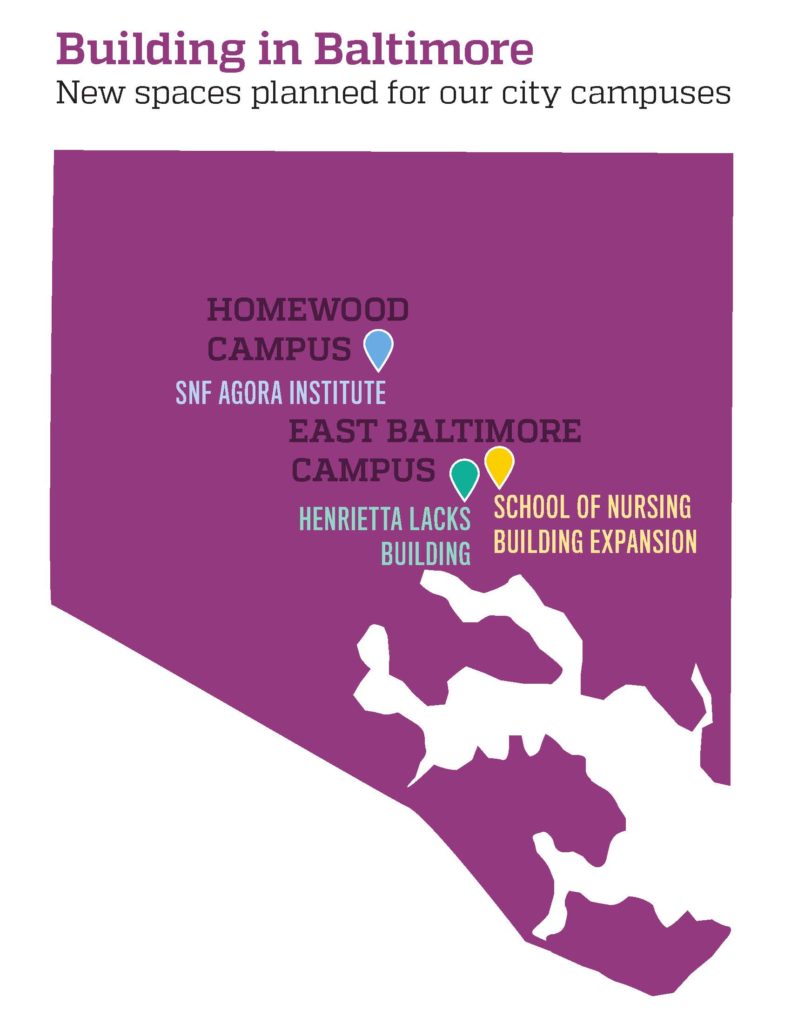