As President Daniels has often said, Johns Hopkins is “truly and proudly of Baltimore.” Our commitment to helping our hometown thrive is evident in the success of HopkinsLocal, a holistic approach by both the university and health system to promote greater economic growth and employment opportunities in the city. Now in its fourth year, HopkinsLocal has consistently outperformed expectations to build, hire, and buy locally.

HopkinsLocal’s pledge at launch was to increase its commitments of addressable construction spending to contractors that were minority-owned, women-owned, or disadvantaged business enterprises to 20 percent by the end of fiscal year 2019—it hit that mark two years ahead of schedule. Since 2016, Johns Hopkins has committed more than $165 million in construction projects to those targeted groups. 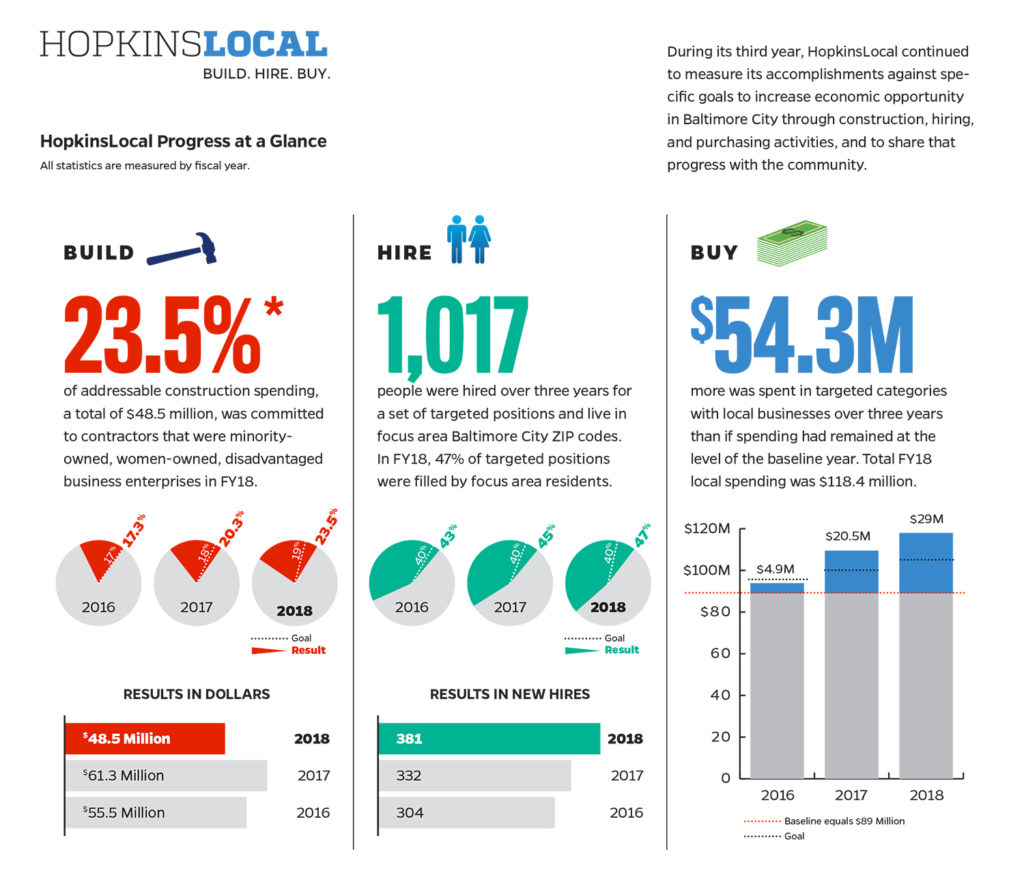 The initiative’s original pledge was to increase spending with local businesses by $6 million, over the baseline $89 million. Hopkins steadily increased its target by millions of dollars each year, spending more than $118 million locally in fiscal year 2018.

Photo: In his 50s, Clayton Smith knew he needed a life change, so he left his job driving trucks and began work at the Johns Hopkins Hospital, where he’s training to become a nurse.